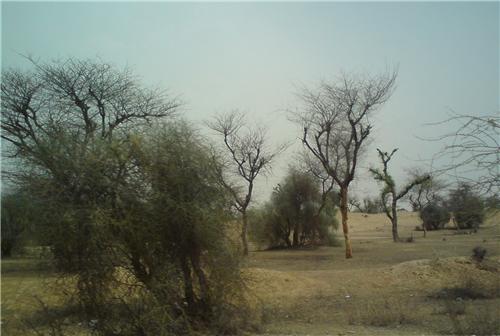 Jhunjhunu is the administrative headquarters of a district of the same name. The district lies between 27° 38' and 28° 31' North latitudes and 75° 02' and 76° 06' East longitudes in the Sekhawati region of Rajasthan. It comprises of an overall area of 5928 Sq Km.

Although Jhunjhunu district is mostly restricted to the east of Aravalli, the mountain range has substantial presence in the south eastern part of the district. Consequently, the physiographic features of the district can be divided into three main units.

Although the Aravalli hills are restricted to a small area in the district, it has immense influence on the life of the people here. In the east it forms the border with Haryana. Many places of religious importance are located at the foot of this mountain range. Dhosi Hill, located at 28°03'39.47"N latitude and 76°01'52.63"E longitude is an important peak here. It is an extinct volcano with distinct cater at its top. 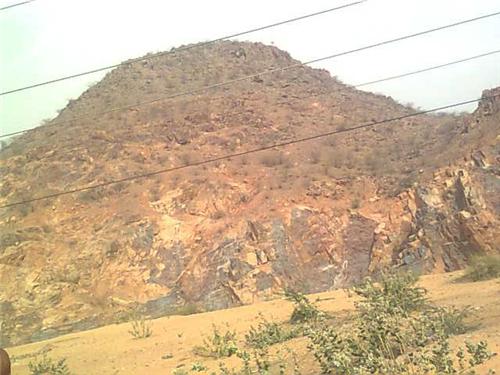 There is no perennial river in Jhunjhunu. However, the district has few seasonal rivers such as Kantli, Dohan, Singhana, Budhi nala, Chanderwati and Sukh nadi. All these rivers and nalas are ephemeral in nature and the amount of water depends mostly on the amount of rainfall the area receives.  Among them, River Kantli flows through the north western part of the district, River Singhana through the south eastern part and River Dohan flows through the south and east of hill ranges in Khetri. . In addition, a small area in south western corner of the district is drained by Budhi nala. 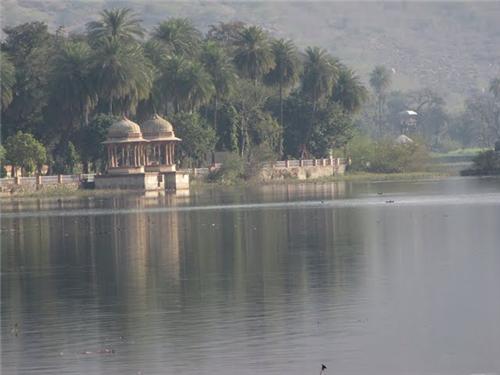 Samas Talab and Ajeet Sagar are two more water bodies to visit in Jhunjhunu. Among them, Ajeet Sagar was constructed by Jitmai Khaitan in 1902.  It had been skillfully constructed at the feet of Moda Pahar. Rain water running down from the hill fills up this lake. Indeed, this beautiful lake located at the northern most corner of Jhunjhunu, seldom dries up. The pavilions at the four corners of the lake add to its beauty. These pavilions are also embedded with beautiful murals. In all the place offers a truly mesmerizing view.

In spite of the semi desert condition, the district has 6463.23 Sq Km of cultivable land. It also has a forest area of 395.27 Sq Km. Major crops grown here are Bajra, wheat, barley, jowar, oil seed, cereals etc. Irrigation is mostly carried on by dug wells, tube wells and bore wells. However, ponds and canals also provide water for irrigation.

Jhunjhunu being a desertic area enjoys and harsh extreme type of climate. In winter, the temperature may go below 0 °C (32 °F) while in summer it may exceed 50 °C (122 °F). Hot wind called loo blows during the hotter months. Annual rainfall varies from 450 to 600 mm. 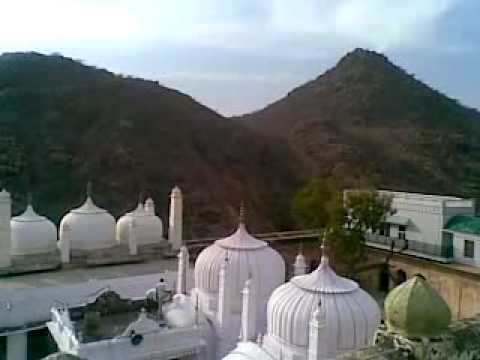 Jhunjhunu city lies at 29°6' North latitude and 75°25' East longitude and has an overall area of 9.64 Km. The terrain here is undulating. A few hillocks such as Kana Pahar, Kali Pahari and Moda Pahar are located in and around the city.

Among the three hillocks, Kana Pahar is of prime importance. The city lies in the shade of this hillock. The famous Dargah of Kamruddin Shah is also located in the south of this hill.  To the east of this Dargah lies Kali Pahari. Moda Pahar, on the other hand, is located in the far north of the city. Ajeet Sagar, a manmade lake, lies in the foot of this hill. Except for groundwater, the city does not have any other source of water.  As in rest of the district, the Jhunjhunu also enjoys harsh and extreme climatic condition. The temperature varies from 42°C in the summers to 5°C in the winter.