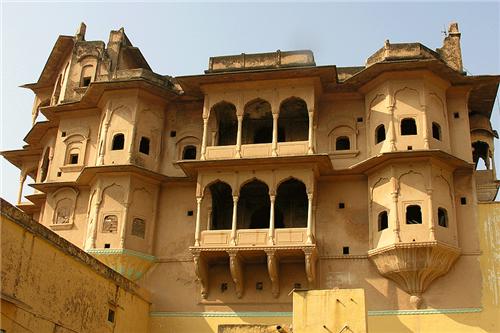 Not much is known about the early history of Jhunjhunu. We do not even know who established this city or when. However, it is certain the city was ruled by Chauhan kings from 1045 to 1450 and the first Chauhan ruler to occupy Jhunjhunu was Sidhraj Chouhan.

The Chauhans in Jhunjhunu

Sidhraj Chouhan came to the throne in 1045. Not much is known about his reign. However, it has been established that he was a well known king of that region. In 1450, the Chauhans were defeated by Quaimkhani Muslims and with that Nawabi era began in Jhunjhunu.

Quaim Khan soon became an Ameer (nobleman) at Delhi Sultanate. He had six sons, named Muhammed Khan, Quttab Khan, Taj Khan,Mohan Khan, Ikhtiar Khan, and Wahid Khan. After the death of their father at the hand of Khizr Khan, the brothers decided to leave Delhi. By and by Mahammed Khan came to Jhunjhunu and he along with his son Samas Khan defeated the then Chauhan King to take over the throne. 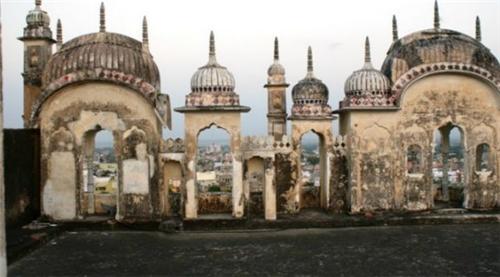 Mohammed Khan was the first Muslim ruler in Jhunjhunu. As we have already pointed out, he was a Kayamkhani Muslim and hence of Rajput lineage. He along with his son Samas Khan attacked Jhunjhunu in 1450 and defeated the last Chauhan king. After the death of Mahammed Khan in 1459, Samas Khan came to the throne. He seemed to be a benevolent ruler. He set up Samaspur Village and constructed Sandspur Talab.

Rohilla Khan died in 1730 and with that ended the 280 years of Muslim rule in Jhunjhunu. Shardul Singh, the Dewan of Rohilla Khan, became the next king. 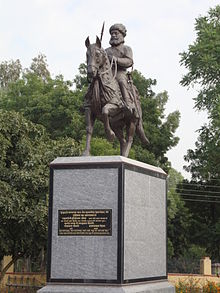 Thakur Sardul Singh soon established his rule over the whole district and persuaded merchants to make their base at Jhunjhunu. Indeed, the town reached its zenith in trade and commerce under his rule. Art and architecture also flourished under his reign. He built many temples and palaces; among them Akhegarh Fort, Kalayan Ji Ki Mandir and Gopinath Ji K Mandir are especially noteworthy. He died on 17th April, 1742.

Sardul Singh was a benevolent ruler, who undertook many welfare measures. His popularity can be gauged from folk songs that were sung by the bards of that era. One such song says Sardul Singh has taken up Jhunjhunu on a long lease; now our seven generations, including our children and grandchildren, will have good life.

Sardul Singh ruled for twelve long years. After his death his sons divided the kingdom equally among themselves. Their combined territories began to be known as Panchpana. Thakur Zorawar Singh, the eldest son of Thakur Sardul Singh, became the ruler of Jhunjhunu. The Zorawargarh Fort bears testimony to his rule.

Zorawar Singh was as efficient as his father was. He, along with his brothers, built many cenotaphs and chetris decorated with beautiful frescos in Parasrampura in memory of his father. He also set up many other towns and villages, built temples and palaces. Most of all Zorawar Singh encouraged trade and commerce; consequently, the town became home to many rich traders, who in turn built many temples, havelis, step wells etc.

Zorawar Singh died in 1745. However, his good work was continued by his able descendents.  On one hand they continued to patronize trade and commerce; on the other hand, they encouraged art and architecture. When India became independent in 1947, the Jhunjhunu was merged with the state of Rajasthan and since then it has remained so.