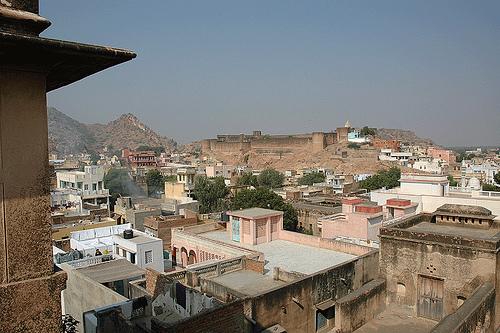 It is true that houses are made out of bricks and stones for people to live in. However, in some cases, they also create wonderful poetry. Jhunjhunu is one of the many cities in India where opulence has given rise to architectural heritage that inspire nothing but admiration in the minds of viewers. In every lane of this unique city one can witness pages of history come alive with all its glories. 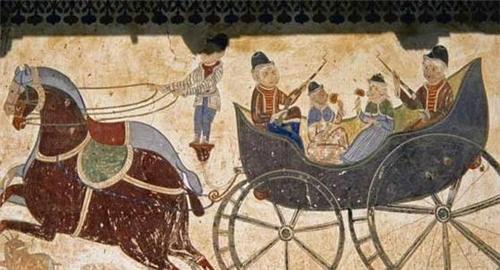 While a tour of Jhunjhunu generally begins with a visit to the Rani Sati Temple, the havelis here demand equal attention. They were built by rich merchants or banyas who came to the city on the invitation of Thakur Sardul Singh and flourished under his patronage. The architectural grandeur as well as frescos on the walls of these havelis shows that these merchants were not only rich, but had an artistic bend of mind. While many of these havelis have become heritage hotels, some are still lived in by the members of the family. Following are some of the havelis to visit before leaving Jhunjhunu city in Rajasthan: 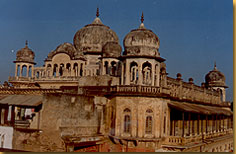 Other than havelis, there are many beautiful temples located in different parts of the city. Among them, Rani Sati Mandir located in the heart of the town is especially significant. It was built in the memory of Narayani Devi, who many believe was the incarnation of Devi Durga. Bihari Ji Temple, Laxmi Nath Temple and Captain Henry Forester’s Radhakrishana Temple are also very famous. It may not be out of place to mention that Captain Henry Forester was a British commander, who lived in Jhunjhunu for many years. Apart from this Radhakrishna Temple, he also built mosques, mazaars and secular edifices.

Other Religious Places in Jhunjhunu

It is to be remembered that Jhunjhunu was under Muslim rule for nearly three hundred years. Consequently, the town also has a number of mosques, mazaars and dargahs. Among them, Makbara of Nawab Samaskhan, Makbara of Nawab Rohilla Khan, Kamruddin Shah Dargah, Captain Henry Forester’s Jama Masjid and his son’s Majaar are worth visiting. 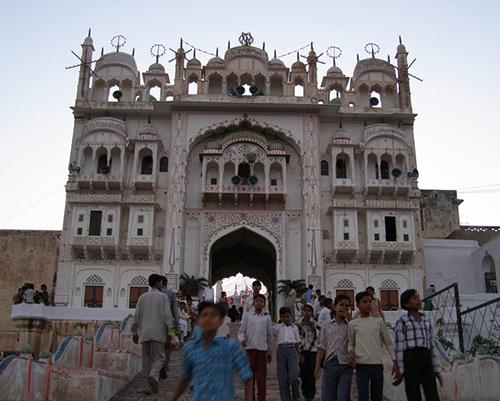 Among all the mosques and mazaars, Kamaruddin Shah’s Dargah is most significant. It is located at the foot of Kana Pahar. The Dargah was built in 19th century around the tomb of the Muslim saint Kamaruddin Shah. It is actually a big complex containing a mosque, a madrasa and a mehefilkhana. Religious feasts are still held in this mehefilkhana.

It was once bluish in color and was richly decorated with frescos. Fragmented paintings can still be seen in its courtyard.  A pyramid like structure within the complex is probably the grave of the infant son of Major Forster, who died in 1841. From the roof top one can have a good view of the town.  However, to do that you need to climb a ramp to the courtyard first; from there a flight of steps leads to the roof.

Wells and Lakes in Jhunjhunu 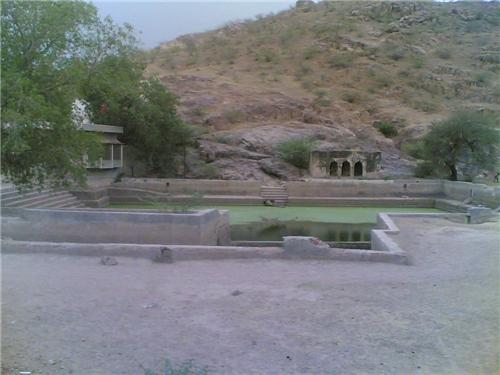 Jhunjhunu is also famous for its bawaris. In essence, these are wells dug deep into the earth.  Since these wells had steps leading down to the water they were also known as stepwells. They played an important role in providing round the year water supply to the town. Mertani Ji Bawari and Khetan Bawari are two famous bawaris of this town. Apart from that, Birdi Chand’s Well with its imposing minaret and fading frescos, is also worth visiting. Apart from these three wells, visitors should also take time to visit Ajeet Sagar, Samas Talab, Badru ki  Johari etc.

Other Tourist Interests in Jhunjhunnu

Other than the above mentioned havelis, temples and water bodies, following are some other places of tourist interest in Jhunjhunu:


For more detailed information, readers can refer to our page on Forts and Palaces in Jhunjhunu. Other than these one should also take time to visit Captain Henry Forester’s Gate, Moda Hill Resort and Phootla Market in Jhunjhunu. The last named market is a great place to shop for tie and dye clothing, leather works and lack works.

The best time to visit Jhunjhunu is from September to March. Since it is generally very cold at that time, visitors are advised to bring sufficient warm clothing with them. For more information one can contact the branch office of Rajasthan Tourism at Churu Bye Pass (Phone No: 1592-232-909; Email Id: trcjhunjhunu@rajasthantourism.gov.in ).