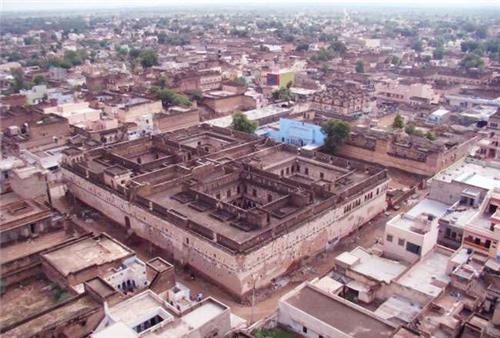 If you could have a bird’s eye view of Jhunjhunu, you would find it to be octagonal in shape. You would also see that the town is almost surrounded by a number of state highways - RH SH 8, RJ SH 37 and RJ SH 41. Let us enter the city through SH 8 from its Shastri Nagar end and go northward. As we enter the city, we will have RIICO phase II on our right and Police line on our left. For the time being, we will concentrate on our right.

Colonies on right of SH 8

As we go on, we find that the Shastri Nagar is a large colony spread over a large area. Soon we will come across the railway station; the area around it is known as Railway Quarter. On further right is the Rungta Colony; the latter is also approachable through NH 37, which lies to its right. Gudha Mode is an important junction here. Bhuriwas  and Dhani Melon Ki lie on the right side of SH 37. Further up, we will find Shiv Colony and Fouz Ka Mohalla and finally the Agrasen Circle.  Hotel Jamuna Resort lies in this stretch.

Mandrella Bypass Road runs from the Agressan Circle to meet Mandrella Road, which in turn culminates into SH 41 near Peepli Chowk. Chobary Mandy Colony and Singodiya Colony are located on the two sides of the Mandrella Road.

Instead of going to Churu Bypass, we are now going to enter the city by taking a left turn from Mandrella Road. Both Rani Sati Dadi Temple and Badru Ki Johari are located in this area. 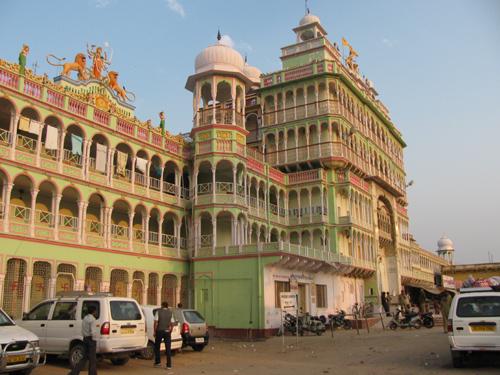 The area between Rani Sati temple and Peepli Chowk is known as Gorir. Bakolla Moholla Post office is also located here. However, we will take the road that runs by Rani Sati Temple.  It is also known as the Rani Sati Road and it culminates into Station Road.  In actual practice both these roads are parts of our original road - SH 8.  Let us then proceed southwards to see what lies ahead.

A number of colonies are located on the right side of this road. However, before we go into that, let us take a drive down the Khemi Sati Road located on its left. It run towards Fouz Ka Mohalla; Government Dispensary and Indu Hospital are two landmarks on this road.

Many important buildings and mohollas can be found south of this Khemi Sati Road. Dr. Jain’s Clinic located on Modi Road is one such building.  Further south we have Government Janana Hospital, Gandhi Chowk Post Office, Kabadi Market and District Hospital etc. Besides, there are Moholla Nagarpura, Chalha Ram Nagar, Man Nagar, Milap Nagar etc. If we continue further, we will cross Railway Quarter and Shashtri Nagar to begin where we started.

Colonies on the left of SH 8 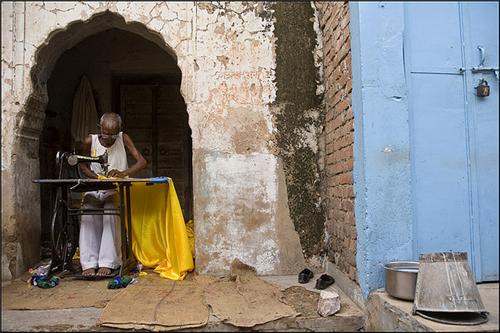 We will once again start from the Police Line located on the left of SH 8. This time we are going to concentrate on the areas lying on the left side the road.  Seetsar, Kissan Colony, Vivek Vihar, Dhayal Kissan Colony, Indira Nagar, Pratap Nagar, Khora Mohalla, Kajiwada Mohalla, Sainak Nagar, Naykan Bastia are some of the colonies located in this area.

The area in which the Police Line is located is known as Kissan Nagar. Indira Nagar, also called Indra Nagar, houses the District Court and Administration. The Zila Stadium and District Jail are located in Vivek Bihar. Badal Garh Fort and  Dargah Kamuriddin Shah are two places of tourist interest on this side of the road.

Vivek Bihar is also approachable by SH 41, which runs to its left. Vasant Vihar and Pandit Deen Dayal Nagar are located on the left of SH 41.

A drive down the Station Road

As we have already mentioned, a part of RJ SH 8 within the city is known as Station Road. From commercial perspective, it is one of the most important roads in Jhunjhunu. A number of markets as well as shopping complexes are located on it. Nehru Market, Sardul Market Tibrawala Market are some of them. The Jai Hanuman Complex and Kedar Super Market are also located on this road. Besides, there are many renowned shops selling different kinds of materials.

Besides, many banks, ATMS, hotels, restaurants etc are located on this road.  General Post Office and District Hospitals are two most important public building here. Among the places of tourist interest we can name Mohandas Ishwar Das Modi Haveli. A library located in its ground floor may interest you.

The city has hundreds of other roads and many other localities to visit. A trip to Jhunjhunu will be deemed complete only if you visit them all. Also do not forget to visit its many gardens. At least try to visit Gandhi Park on Station Road and Ram Niwas Bag near Rani Sati Mandir.