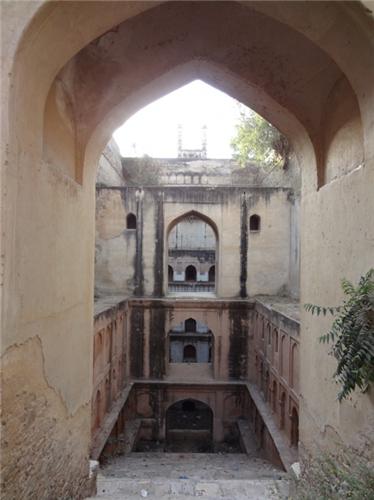 In English, we call them stepwells; but in local dialects, they are variously known as bawaris, bawdi, baoli, barav, vaav etc.  In essence, all of them refer to a well in which the water can only be reached by climbing down a set of stairs.  Joharis too have water level located deep inside the earth. However, one should never confuse them with bawaris. Instead of steps, joharis have some sort of ramp to enable the animals to go down.

In general, bawaris and joharis are found in drier regions, which do not have any perennial water source or where the underground water is found deep inside the earth. Jhunjhunu, located in semi arid region of Rajasthan, is one such place. The town does not have any rivers nearby. Although rulers have a few lakes and ponds dug they could never sustain the whole town. That was why several stepwells had been dug in this town, few of which are still functioning. One more interesting point is that these bawaris and joharis are essentially located near temples. This goes to show how water was precious to the people of Jhunjhunu.

Among the bawaris located within Jhunjhunu, Mertani Ji Bawari is the oldest. It is 30 meter deep and has series of cool rooms accessible from the side of the well. They were probably meant as resting places for the people coming up with pots filled with water. Today, however visitors can take rest in those rooms on their way up to the ground level. 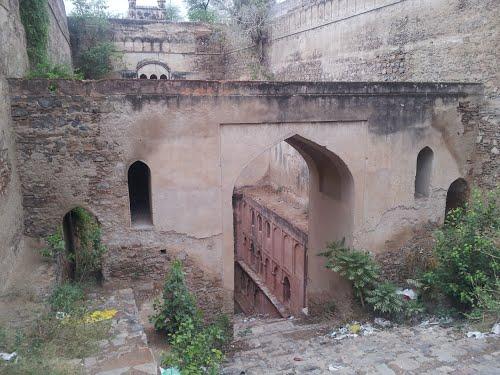 Mertani Ji Bawari was built by the widow of Thkur Sardul Singh in 1783. Although the purpose for constructing the stepwell was mainly utilitarian, it has an equally strong aesthetic appeal. It has flights of step descending through beautiful arches; one has to descend through these steps to reach the water at the bottom of the well.

One has to remember that construction of stepwells was not at all easy. It first required careful placement of stone lined trenches, which would later allow steps to be embedded. This required the wells to be wider at the top and narrower are at the bottom. Fluctuating water levels were another problem to tackle. In monsoon, the water level often touched the surface while in summer one had to negotiate more than hundred steps to reach the water deep inside the earth. In short, it required a great engineering feat to build those bawaris and it is indeed surprising how the workmen of those days made such careful calculations and carried out the work with precision. 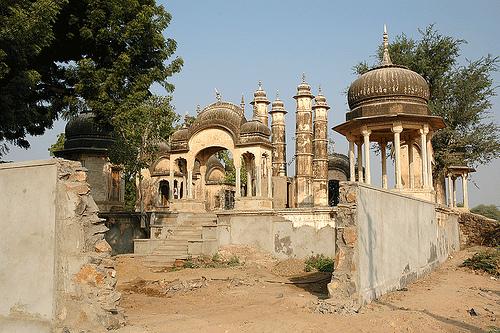 Other than Mertani Ji Bawari,  Khetan Bawari and Birdi Chand’s Well  are two other important places of tourist interest in Jhunjhunu. Birdi Chand Well, which is also known as Badani Chand Well, is located in the north western part of the town.  It has four imposing minarets located on its four sides. Once upon a time, those minarets were adorned with beautiful paintings; but now those paintings have become faded.

Whoever built the well was indeed a farsighted person. He not only built an inn for the passing caravans on the western side of the well, but also a pavilion for the ladies within the complex.  It has to be remembered that in those days the ladies were mostly confined to homes and therefore the pavilion offered them a great platform for socialization.

A beautiful temple dedicated to Lord Hanuman is located nearby. An ancient Neem tree can also be seen standing even today. Travelers are advised to go there during the evening so that they can watch the sun set from the well. 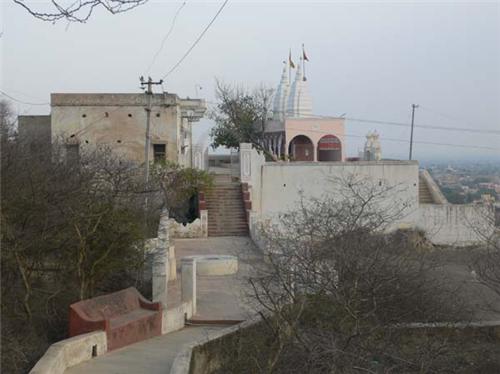 Apart from the above mentioned bawaris, there are also a number of wells located in various parts of the town. Some of these lesser known wells are located in the main bazaar area near the havelis of big merchants. Besides, there is also the Badru ki  Johari, located in the middle of the town. A temple dedicated to Lord Shiva and lord Hanuman is located nearby.