Utility and Services in Jhunjhunu 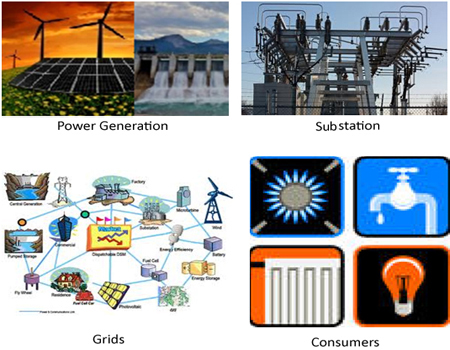 Today we take certain services for granted. Indeed, we have become so much used to these services that we cannot even think of a life without them. This article provides a glimpse into some of the essential services available in Jhunjhunu city of Rajasthan.
District Collector (DM)
Office District Collector, Collectorate, Jhunjhunu
01592-234201, 232040(O) 234202 (R)
9829281900
col.jjn@gmail.com
https://jhunjhunu.rajasthan.gov.in/
Superintendent of Police (SP)
Office SP, Collectorate Campus, Jhunjhunu
01592-236900(O) 236901 (R)
9829023831
spofficejjn@gmail.com

Water in Jhunjhunu is supplied by the Municipal Council or Nagar Palika. Since there are no other sources of water located nearby the Nagar Palika has to depend entirely on the underground water resources. Unfortunately, during the drier season the level of water goes down and consequently the supply of water diminishes. To counter this problem, many in the town have resorted to rainwater harvesting.

Electricity in Jhunjhunu is supplied by Ajmer Vidyut Vitran Nigam Ltd or Ajmer DISCOM. It is a subsidiary of Rajasthan Vidyut Prasaran Nigam Ltd. However, the actual supply of electricity is managed by its unit at Jhunjhunu. A 400 KV power station installed in Babai village near Khetri is likely to improve the power situation in near future.

Jhunjhunu falls under Jodhpur Postal Region of Rajasthan Postal Circle. The town has three post offices located at different points of the city.  Among them, the Head Post office is located on Station Road while other two are located on Modi Road (near Gandhi Chowk) and Bakolia Moholla respectively. Following is the contact details of the Head Post Office in Jhunjhunu:

In the telecom sector, the biggest player is Bharat Sanchar Nigam Ltd owned by government of India. Apart from providing landline connection, the company also provides mobile connection (both GSM and CDMA), broadband connection and many other ancillary services. The BSNL telephone exchange in jhunjhunu is located in Indra Nagar.

Apart from BSNL, Jhunjhunu is also served by a number of private players. Among them, the Idea Cellular is a major player providing both mobile and internet connection. Besides, there are the Airtel, Reliance, Tata Indicom, MTS,Vodaphone etc. Each of them offers different services and products through a network of efficient dealers.

Just as anywhere else in India, residents of Jhunjhunu mainly use liquid petroleum gas for cooking purposes.  Following is a list of gas dealers who represent different companies such as Indane and HP
Dhaka Gas Service:

Packers and Movers in Jhunjhunu

If you are relocating your home and need the services of packers and movers, there is nothing to worry. Here is one of them:

Flowers too have become a part and parcel in our life. Sending a bouquet of flower on special occasions or decorating a venue with flowers has become a norm. Following are names and contact details of some florists in Jhunjhunu:

Often it becomes essential to have cooked food delivered at home. Following are some of the restaurants that provide home delivery in Jhunjhunu:

Other Services in Jhunjhunu

Apart from the above mentioned services, the city also provides many other essential services. For example, if you are looking for banquet halls you will find Ambedkar Bhaban in Indra Nagar and Gadia Bhawan in Nagarpura Moholla. Bigger hotels such as Hotel Jamuna Resort also offer banquet facilities. Then again, if you are looking for a library, you will find in the 1st floor in the Ishwar Das Modi Haveli. In short, in Jhunjhunu you will find every facility that you may expect in any other big city.